The Inpsyde family has grown! Today, we’d like to introduce Inpsyder Anton Ukhanev to you who supports our team since November 2018.

Anton is 31 years old and lives in Malta.

My passion for software development has been with me my whole life. I like to rationalize things and delve deeply into subjects. Abstract and logical thinking comes naturally to me, which explains my interest in science. But I am also into spiritual practices such as yoga and meditation because I believe that science and spirituality go together rather well. They say that God has created us in his image; in science, we create in the image of what we see in nature. Indeed, science is just observing the laws of nature and replicating them for the use of mankind, which is also the case with computing and programming specifically. It’s like you yourself are God: what you say goes, but you must own your creation, and take care of every little detail. This approach has structured my mind, my thinking, and my understanding of the universe.

My mother has had quite a big impact on what I have become because – even though we are very different people – she influenced my thinking quite a lot. When I was a child, she read many fairy tales to me, and one of them was “The Wizard of Earthsea” by Ursula K. Le Guin. In this book, magic is performed by invoking the exact name of things. Knowing the exact name of something allowed manipulation of that thing, because its name uniquely identified and completely described it, and thus everything in that world had an exclusive name. This correlates closely with software development and has become part of my life. I pulled bit by bit what I perceive to be the truth from such stories, and this shaped me into what I am today.

When it comes to my work, it is really important to me to create something beneficial that has an impact on people. I want to know that many people use the code that I write, thinking: Oh, thank God, I can solve so many problems easily now; this code is so good that it cures cancer, and reading it has instilled a sense of tranquility into me!

I have been doing some sort of development from a very young age. At about ten years old, I started studying software development, and right now I have approximately eleven years of experience in the industry, having worked with many companies. I also contribute to open source. I have mostly worked remotely for the last five or six years, including work with multiple freelance networks like Codeable and Codementor, where I help people learn how to develop enterprise-grade applications in PHP and JavaScript, and where I use my understanding of software architecture to address complex business problems.

When I was 16, I enrolled in a university that focused specifically on IT and Business. In my opinion, the things they taught us were pretty basic, possibly because I already some knowledge and limited experience, and hence I was finding it hard to learn anything new. Therefore, I quit after a couple of years. It was quite hard for me to get work in the field of IT, because from what I had discovered, companies in this industry want experience, not caring very much about official certification. It’s a good thing, because formal education doesn’t mean much in terms of practical work, but starting is hard. So, I used to do weird things like being a waiter, construction worker, or a tile layer.

That carried on until one day when I was laying tiles with my friends, the client for whom we were doing the interior said that he has a friend who needs a PHP developer. That was my first freelance PHP job, and I had to kind of re-read the book because PHP was not what I studied at university, but this marked the start of my professional life. Many years later, while making a website for a client, I needed a plugin that would import posts via RSS from multiple websites into one. I purchased such a plugin, which happened to be WP RSS Aggregator, developed by a small team that would later become known as RebelCode. But it had a bug which was mission-critical for me, so I sent them a bug report, and shortly later the fix. That’s when they invited me to work with them as a support engineer, and from there I quickly became part of their development team, having already been quite experienced with PHP at the time. Subsequently, I grew to become their Tech Lead, and worked with them for about four years, which was time well spent honing my technical and leadership skills, meeting new amazing people some of who I am now close with, sharing experience and knowledge, and gaining exposure through contributions, collaboration, and podcasts

Now I’m here. Inpsyde was recommended to me by Alain Schlesser, whom I have great respect for. We were at the time arguing with Guiseppe Mazzapica, a prominent Inpsyde engineer, about some development things. When he heard that I was interested in a new job, he suggested that I get in touch with his boss, and come to work with them! I saw that code written at Inpsyde was some of the best code I have seen in the WordPress sector, and that they appreciate and encourage people to do great things. I thought it would be unwise for me to miss such an opportunity to work on something that matters in a team of professionals, so I applied and was hired shortly after. I want to create useful and elaborate code, make cool and helpful plugins, and share my knowledge of software architecture.

In a nutshell: I want to make an impact! But therefore, I need a concrete goal to apply my knowledge and effort to; that’s what I have found at Inpsyde. It is a fresh start that allows me to once again test my technical and communication skills, meet new people, and contribute to the community.

We asked Anton a few personal questions so that you have the chance to get to know him better.

Which famous person was your hero as a child?

I don’t think I had a hero as a child, but right now its definitely Elon Musk: he is an example of an engineer turned entrepreneur. And also, he is the same Myers-Briggs type as myself which is Introversion (I), Intuition (N), Thinking (T), and Judgment (J).

Definitely traveling more, and, some day, having a business of my own.

You get stuck in the elevator for many hours and there’s a song playing in a continuous loop, what song would that be?

Knowing my luck, it would be my worst nightmare song: “Despacito”. But If I could choose a song to get stuck in an elevator with, it would be “The Giving Tree” by “If These Trees Could Talk”.

If you found out that your present life is just a dream, would you decide to wake up?

I wouldn’t be surprised, because actually there is a scientific theory which says that this is quite possible. And yes, I would like to wake up. Truth is more important than everything else to me and I dedicate my life to finding the truth about everything around me!

What is the best and worst part of your personality?

Actually, those two are probably the same thing: sometimes, I am too smart for my own good, and that can be very damaging for relationships with friends and colleagues.

What have you been in your previous life?

Maybe I was a Buddhist monk.

Which character trait in other people annoys you the most?

It’s very frustrating for me to communicate with someone who I cannot get through to, having to prove and explain things that are obvious to me many times. Also, it’s hard for me to connect with people who are emotionally immature. I try not to make other people responsible for my (negative) feelings.

If you could travel through time, which time would you visit first?

Probably the late 19th century. Traditions and values were in a way better then. I think we need to go back to the roots: to nature and human values. Also, I like the fashion of that time. But I would love to see what the future holds, too!

Which of your favorite TV shows is not on the air anymore?

I prefer raw food, I’m a big fan of salads, which I can make really diverse. I have been mostly vegetarian for many years.

If someone gave you an envelope with the date of your death, would you open it?

Something like: Try your best and forget the rest!

Batman, of course, because it can be real! He’s a ninja with gadgets, which is quite possible. He is also the most serious of them.

*Header image: The photo has been made by Mariana Proença. 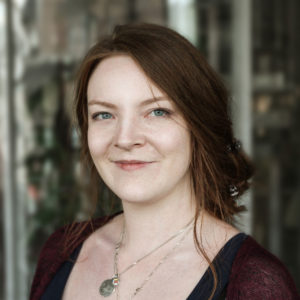