We six Ipsyders arrived with MultilingualPress PRO as a Bronze sponsor. Yes, you read correctly: it was not MarketPress sponsoring the European WordPress event, it was our plugin for multilingual WordPress – a great match for the international diversity of the WordCamp.

It is obvious that the participants are very interested in a Multisite-based solution. Detailed demos and one-to-one meetings make one thing crystal clear: a clean, multilingual WordPress installation is a real challenge for many European professionals, agencies, and freelancers.

The feedback for MultilingualPress and its scalable approach is positive across the board – a fact we are immensely happy about. But we also know that the ceiling is far from reached in terms of the peripheral features of the plugin.

There were, for example, plenty of requests for an importer for WPML-based sites – quite obviously a popular add-on function, which we should be able to implement with an own plugin in the not too distant future. And people were looking for improved WooCommerce support – well, we didn’t really need the feedback to know that. The international demand at the camp for a clean, multilingual shop solution with WordPress once again impressed on us the urgency with which it is needed.

Of course we also attended plenty of sessions. Presentations are done in English, the lingua franca of the digital age – no translations available. The presentations, which were flagged by topic, were – or that was at least my personal impression – one and all truly excellent, and the speakers were easy to understand. (Here and there you could hear some German comments that Mr. Nacin should maybe speak a little slower. Dream on … ;-))

Typical for the multicultural spirit of the event: not everyone was “only” talking shop and WordPress.

Tip: Video recordings of the presentations are published on the WordCamp Europe on WordCamp.tv channel.

On Contributor Day, us Ipsyders and 200 other workaholics congregated at the offices of SiteGround. Teams were created: There were teams for core, GlotPress, documentation, theme review, and BuddyPress, just to name a few. There was much to get done, so we got busy hitting the keyboards. At the end of the day (for once a fitting expression), we had a number of patches and a considerably increased theme review team for WordPress.org.

Sofia was an exciting backdrop for those very energetic days. Just like in East Berlin of the 1990s, the city boasts the crass contrast of pompous communist architecture and the organically grown, centuries old districts.

The hospitality of the people of Sofia is truly heartwarming. The younger generations all speak English, and if you meet anyone who doesn’t, then you can still make yourself understood with gestures: After observing my obvious bafflement when faced with signposts with Cyrillic lettering, a nice lady at the main post office closed up her kiosk, and walked with me around five corners to get me to the correct counter – wordlessly, but with an angelic smile on her face.

Bulgarian hospitality: we encounter plenty of it during our almost entirely sunny days at the WordCamp Europe. Petya, Tina, Mario, and the entire team of organizers and volunteers did a fantastic job.

The three day event with just under 900 people went like clockwork, and their friendliness and helpfulness never ever faltered. There is coffee by the bucket load (and some stronger stuff later), and were already planning ahead for future WordCamps.

Thanks a million, WordCamp Europe 2014!

Other links to the WordCamp Europe 2014 in Sofia: 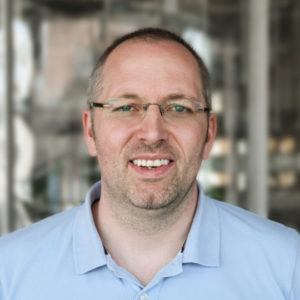 CEO and co-owner of Inpsyde. As the chief executive officer responsible for strategy and partnerships.