I’m only six years old, but am already traveling through the world! Last week, I went to the City of Love, to visit WCEU 2017. And here’s my WordCamp Europe Paris Review. 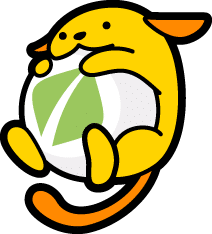 Wait a moment, you don’t know me yet? It’s me, Wapuu, your WordPress symbol! I was born in Japan, on February 19th, 2011. You christened me Wappy, but I preferred your second proposal, Wapuu. Want to know how you brought me to life? You can read the story here. From then on, you took me to your community meetings, and I got to know the big wide world. I really appreciate that, because I can become more and more familiar with the local communities and start integrating myself into your local world.

At WCEU 2017, I liked to walk around with the German WordPress agency Inpsyde. That’s why I allowed them to publish my WordCamp Europe Paris review on their blog.

WordPress lovers of more than 80 different countries visited WordCamp Paris. The great number of people with so many different uses for my beloved CMS really impressed me.

The day before WordCamp, the Contributor Day took place. I couldn’t attend it, but I asked Inpsyder Thorsten about it and he told me:

All in all, [contributor day] was a huge success. There were more than 500 contributors, almost a third of which had never been to a contributor day before. And even more wanted to join, but due to the limited capacity they unfortunately couldn’t. With teams for all existing disciplines, there was a place to learn, connect and contribute for everyone. A little sad was that some of the workshops were simply overfull.Thorsten Frommen

On Friday and Saturday, and besides some sponsor workshops and tribe meetups, the classic talks took place in two different tracks. That’s why I had to decide (as well as everybody else) between all these interesting talks, meetups and workshops, I simply couldn’t visit everything. So, I can only tell you something about a few talks. But you can find all talks at WordCamp TV.

Petya Raykovska with: Sharing instead of Networking

Want to know what is meant with that sentence? Well, it’s about WordPress being an international project. Logically, people with lots of different cultural backgrounds work with and for WordPress. In a very personal talk, Petya appealed to think about each individual in the whole community more carefully. She doesn’t only mean networking and connecting. For her, it’s more like really concerning yourself with the other and sharing personal stories.

Petya is a project manager at the WordPress agency Human Made. She engages herself a lot in both the polyglots team and the community. She grew up in Bulgaria and learned English when she already was a young woman. That’s why she had, at first, some problems to participate in the WordPress community. It wasn’t only because English isn’t her mother tongue but also because there are so many stereotypes that countries have about other countries without knowing the people. Petya showed some funny maps, which you can find in the gallery “WordCamp Talks”.

Her former mentor, Zé Fontainhas, was the one to inspire her to the sentence “Sharing instead of Networking” . He told her something to get access to the WordPress community easier. He said:

People just need someone to really listen to them.Zé Fontainhas

I, as your Wapuu who already visited lots of local communities, can only agree with that, since it’s all about understanding each other in order to work together successfully.

At a WordCamp Europe, Matt is the one who cannot be missing. In Paris, he was interviewed with Q&A’s being followed.

At first, Matt introduced a new tool: The “Gutenberg Editor”. It’s target: To increase the WordPress Editor’s user experience. With the Gutenberg Editor, the editing part of WordPress gets a new block-like design with more functionality for WordPress beginners. Therefore, the necessity to know something about HTML or shortcodes to make WordPress blogs and websites, decreases. At the moment, the Gutenberg Editor works in a way that blocks are used, which can handle each and every post element. Therefore, elements can be easily switched and relocated.

Moreover, the interview was about WordPress as a future CMS. Matt explained that the internet, compared to its beginnings, became very fast during the last few years and that there is much more competition than there was back then in the area of open source platforms and in terms of the question how to make content in the global web. That’s why, in Matt’s opinion, the flexibility of the Gutenberg Editor is especially important to set new standards. Another huge topic: What’s happening to WordPress blogging in times of Facebook, Twitter und Co.?

Here, you can find the whole interview with all questions being asked by the community:

Everyone who ever went to a WordCamp knows that the WordCamp life does not happen in talks, but in the big hall where usually all sponsors present themselves and where you can find food and drinks.

That’s why I started walking around and talking to the WordCamp sponsors and attendees.

I was especially happy to see that many attendees took me away from the swag store and brought me to their homes, because I like to get familiar with you in your personal environment.

Yes, that’s me in large, big and fluffy. At WordCamp Europe in Paris, there was a special challenge: Anybody could take a picture with me and share it on Twitter. The one whose picture was shared the most would become my new best buddy.

I’m especially excited to visit Serbia now. Because in about one year, the WCEU 2018 will take place there.

Take a look at the pictures Inpsyder Jessie made while you were sharing stories:

WordCamp After Party with the Motto: Paris in the 1930s

Unfortunately, not everybody covered themselves. One reason for that might be the fact, that the motto was announced only a short time before WordCamp Europe – or there was simply too little space in their bags.

Inpsyde had fun covering themselves:

Inpsyder Robert had a funny idea for the afterparty: Bringing Ahoj Brause. That’s a sherbet powder being available in the flavors lemon, orange, raspberry and “Waldmeister” in Germany since 1925. Usually, the powder is liquidated in water and then drunk. But there are some variation possibilities, for example, “Vodka Ahoj”. How to drink it: Pour the powder into your mouth, let it sparkle, rinse it with Vodka, let it sparkle again, swallow.

Well, I didn’t try myself but there are some who did:

I had a lot of fun at the afterparty and drank delicious french wine. The baguette I always carried with me was really good, too. Well, I heard that some had problems getting some food. That’s quite a pity. Well, however, I took a photo with some Inpsyders and other WordPress lovers, and I really like it:

Later in the evening, I was also dancing. That was fun!

My Paris and other Inpsyde Details

Almost all Inpsyders lived in one apartment. During their 45 minutes drive to the WordCamp location, they could appreciate the beauty of Paris’ Metro stations. There was one station they really liked: The one with Inpsyde-green seats.

In the Inpsyde apartment, I met a friend I wanted to see for quite some time: Wapuu of WCUS.

We talked about the different WordCamps we already visited and about lots of personal stuff. Because, that’s what, in our view, matters most: Talking and sharing our stories, listening and learning to understand each other. I think that’s very important in the worldwide community in which we live.

So, I was really happy to hear that Inpsyde did that: Meeting old and new friends at a restaurant, talking and sharing stories with each other on Sunday after WordCamp Europe.

Marcus is CMO at Inpsyde, responsible for content, digital marketing and communications.